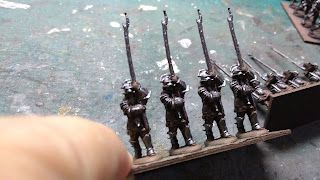 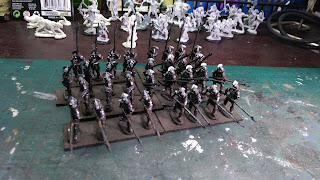 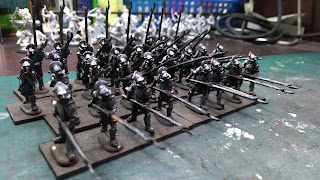 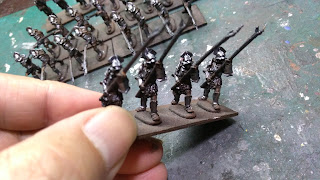 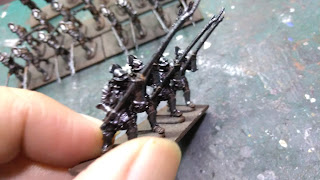 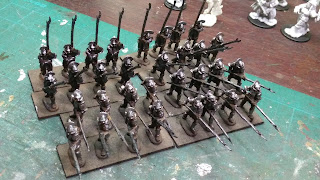 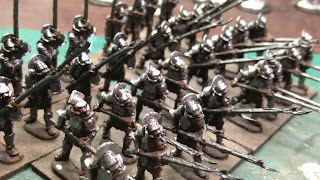 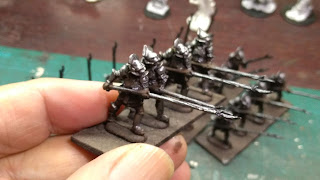 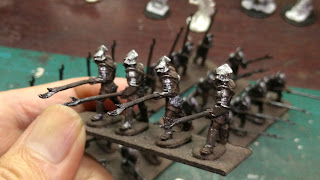 Popular posts from this blog

Making Middle Earth in 1/72: The Armies of Isengard

July 07, 2009
I discovered J.R.R. Tolkien and The Lord of the Rings in the early 80's as a student at an exclusive Catholic school run by Jesuits. It was prompted by a stage play that adapted "The Hobbit" as well as the trilogy into a musical. Here, Frodo, Sam, Pippin and Merry join Gandalf, Aragorn, Boromir, Thorin and company plus a solo Legolas as they seek the treasure of Smaug for different reasons. As the quest progresses they are hunted by 9 Ring Wraiths, a lost Frodo wins a riddle game against Gollum as well as a magical ring, and get rescued by Gwaihir. A shaky start I know, but it did lead to my parents giving me the books as a christmas present. I hungrily dove into it. Suffice it to say, I discovered high fantasy and a world that continues to enthrall me all these years. Which brings me to my latest project in miniature -- the armies of Middle-Earth in 1/72 scale. I was prompted to explore the idea when Caesar Miniatures released a fantasy line in 1/72. Previously, I had
4 comments
Read more

November 08, 2012
A bit of nostalgia here. I'm gearing up for a weekend of working on my wargame table and was surfing for inspiration. Happily, I rediscovered Major General Tremorden Rederring's Colonial-era Wargames at the Wayback Machine. This wargaming group's been a source of inspiration ever since I discovered the wonderful world of miniature wargaming. Just look at that picture above and tell me you're not impressed. WOW! was all I could think off when I saw it. The page has since given its last huzzah and I don't know what's become of the group, but I'm sure I'll be rereading the material they still have archived. A veritable treasure chest of miniature gaming gems, the page embodied the FUN side of miniature gaming, neither taking itself too seriously nor scrimping on the joys of the hobby and its subsidiary hobbies/crafts. It's a pity if such a wonderful resource and such a huge contribution to the hobby is lost. I discovered the page waaaay back
9 comments
Read more